Why We Need More Female Engineers

Our Search for YoWIEs

Yowies are mythical creatures living in the Australian outback. They are sometimes called doolargarl, thoolagarl, jurrawarra, and tjangara. Yowies are said to be big, hairy, sometimes timid and shy, and at times dangerous. One thing we know for sure is that yowies are very hard to find.

A YoWIE is a Young Woman in Engineering. Like its mythical counterpart, a YoWIE is difficult to find in Engineering Schools across Australia. Although not necessarily large, hairy, timid, or dangerous, a YoWIE is tenacious, dedicated, and destined to create a path of her own. Anyone who comes across a YoWIE knows their future is in safe hands.

Stay connected and receive updates about the next YoWIE program.

The best engineering team must be as diverse as the society they work in. Diversity is proven to generate more innovative, creative, and inclusive decisions and better performing teams. Yet in engineering, females remain significantly under-represented. In Australia in 2020, less than 13% of degree-qualified engineers in Australia are female with little movement in this figure in more than a decade. While there has been an increase in young women selecting to study tertiary-level STEM subjects, the number still falls short.

Women who do graduate with engineering degrees report entering a workplace that is both isolating and hostile. They are often under-employed or sidelined into non-technical positions, limiting their opportunities to progress or have an influence on the society they serve. This working environment can be demotivating and is one of the key reasons behind the high attrition of women from the industry. The lack of support and female mentors acting as role models heightens this sense of isolation.

Research proves girls have the same skill and aptitude for maths, technology, and science required of engineers up to early high school, but after this point, something changes. Their aptitude and skill remain, but very few girls express a strong desire to study maths and physics in senior school or engineering at university. School-aged females are already developing ideas about their future career paths and are influenced by the career paths of females who are involved in their day-to-day lives. We need to change the mindset of society, challenge the ongoing gender stereotypes of engineers, and do a better job of showing, supporting, and promoting diversity in engineering. 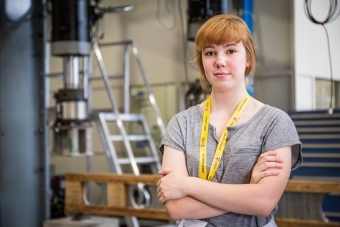 Building a Future for Women in Engineering

YoWIE is an engineering outreach program and community designed to disrupt the imbalance in the gender equality of the Australian engineering industry and change how we talk to young girls about engineering. The program follows the simple philosophy - “I see therefore I do” and aims to provide support, mentorship, and role models to help increase the confidence and career ambitions of young girls.

It is with programs like this, together with parents, industries, governments, and schools that we can start to make significant changes. If we want our world to reflect our society then it is imperative that we support, encourage, and promote more women in engineering. Their voices at the engineering design table have been silent for too long. It is time their voices are heard.