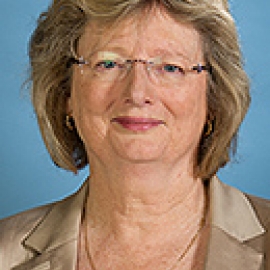 Dr Wendy Jarvie is a Visiting Fellow in the School of Business at UNSW, Canberra.

Dr Wendy Jarvie has had a diverse career. She spent seven years (2001- 2008) as a Deputy Secretary in the Commonwealth Departments of Education, Science and Training (DEST) and Education, Employment and Workplace relations (DEEWR). In those positions she oversighted at different times indigenous education, international education, higher education, science policy, student income support, the Budget process, and research and evaluation. She was Director of Australia’s first Office of Early Childhood Education and Child Care (2007-8). Since leaving government she has worked for the World Bank in Vietnam and the Pacific on early childhood education and Technical and Vocational Education, and has had a number of appointments to government committees including the Indigenous Evaluation Committee for the National Indigenous Australians Agency, the Audit and Risk Committee and the Independent Evaluation Committee for the Department of Foreign Affairs and Trade, and the Advisory Group on Aboriginal Affairs Research (NSW government).

Dr Jarvie started her career as a research assistant in signal detection in the Department of Mathematics at Newcastle University, then as a computer programmer at the Hunter Valley Research Foundation. After completing a PhD in 1984, she joined the Bureau of Labour Market Research, part of the Australian Public Service. Following its abolition she became a mainstream public servant, working in numerous departments including Finance, Employment and Industrial Relations, Prime Minister and Cabinet, and Health and Ageing. In addition she worked for three years in the World Bank in Washington (1998-2001), initially in the Operations Evaluation Department where she was a manager of corporate evaluations and evaluation methods, and later in Operations and Country Strategies where she worked on small states issues, and managed a taskforce on Bank strategies for middle income countries.

Dr Jarvie has three degrees from the University of Newcastle (BA (hons) in History, Diploma of Computer Science, and Masters of Engineering Science), as well as a Ph D in Geography from Flinders University. She has also completed an Executive Development Program at Harvard University. Wendy’s research interest is public policy and administration in Australia, in particular innovations and sustainability in Indigenous development, the creation of national early childhood policy, and the evaluation of government programs.