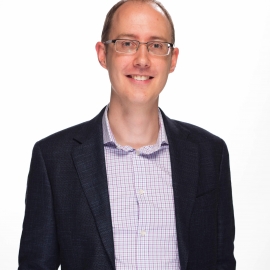 Dr Tristan Moss is a lecturer in history in the School of Humanities and Social Sciences. He is also a Fulbright Senior Scholar, having been awarded a Fulbright Professional Scholarship in Australian-U.S. Alliance Studies (sponsored by the Department of Foreign Affairs and Trade).

Dr Moss was awarded a 2021 Discovery Early Career Researcher Award for the project 'Australia and Space: Government policy and public imagination, 1957 - 2021'. He is also a lead Chief Investigator on the Discovery Project 'A Century of Sex and the Australian Military, 1914 - 2020'.

Dr Moss completed his PhD at the Strategic and Defence Studies Centre at the Australian National University in 2015, for which he was awarded the C E W Bean Prize for Military History. His first book, Guarding the Periphery: the Australian Army in Papua New Guinea, 1951–75, was published by Cambridge University Press in 2017. He was previously a teaching fellow at the Australian Command and Staff College, and worked on the Serving Our Country project, investigating Indigenous service in the Australian Defence Force, and two Official Histories: Peacekeeping, Humanitarian and Post–Cold War Operations (ANU), and Australian Operations in East Timor, Afghanistan and Iraq (Australian War Memorial), focusing on operations in Afghanistan.

Dr Moss has contributed to a number of edited volumes and co-edited two: New Directions in War and History (Big Sky, 2016) and Beyond Combat: Australian Military Activity Away From the Battlefield (NewSouth, 2018). His forthcoming co-edited book with Professor Peter Dean is titled Fighting Australia’s Cold War: The nexus of strategy and operations in a multipolar Asia, 1945–1965.

Dr Moss is a Deputy Regional Coordinator (Asia) for the Society of Military History.