The War At Home - Book Launch 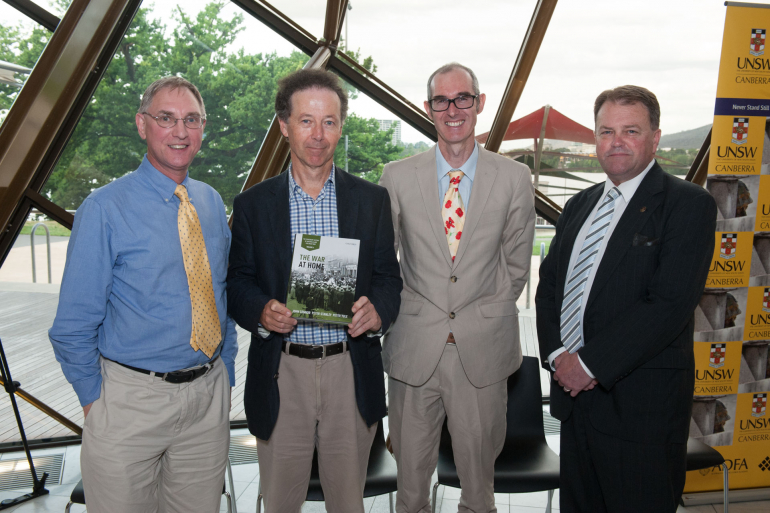 The War at Home interprets the experience of the Australian people during the Great War in Australia itself, in the politics of war, its economic and social effects, and in the experience of war; what is conventionally called ‘social history’. It seeks to show that the war affected many aspects of Australians’ lives—and that people’s experience of 1914–18 included more than just the war. It also addresses the impact of the war on Australia’s culture and artistic responses to the war.

This volume draws on the uneven but still substantial body of scholarship that has grown up in the decades since Ernest Scott’s official history appeared in 1936, which in turn has largely been founded on an array of sources mainly made available since then. The Bibliographic Essay discusses the secondary literature on which it is based. It also reflects the experience of the years since then.

Before understanding the way the Great War affected Australians, we need to acknowledge the texture of life in 1914. Australia before the Great War was, as Michelle Hetherington writes in a survey of the last full year of peace, ‘a world of glorious possibilities’, in which as a social laboratory of progressive social, industrial and economic legislation it was ‘eager to learn, to develop, to dream’. The war would damage that dream, arguably fatally.

Other titles in this series that are published during the Centenary of the Great War include:
Volume 1: Australia and the War in the Air, Volume 2: The War with the Ottoman Empire; Volume 3: The War with Germany; Volume 4: The War at Home; still to be launched Volume 5: The Australian Imperial Force.