The War with Germany - Book Launch 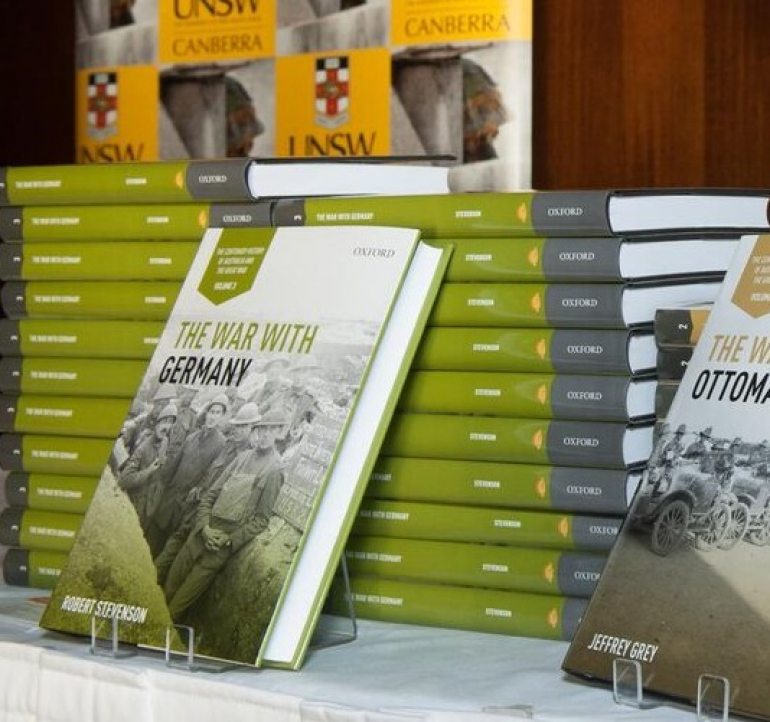 For most Australians the Great War begins with the Gallipoli dawn on 25 April 1915; few appreciate the significance of Australia’s first action that occurred seven months earlier on the island of New Britain to Australia’s near north. Nor did Australia’s war with Germany end with the Armistice in Europe on 11 November 1918, since it was nearly two months after the guns fell silent in France before a lone German officer emerged from the jungles of New Guinea to finally surrender. Between those two pivotal events, Australia’s soldiers fought in some of the most intense and protracted battles of the Great War. They ended the trial with a reputation of being among the finest soldiers produced by that conflict.

Deeply researched and drawing on previously untapped primary sources and recent scholarship The War with Germany examines the performance of the Australian Army in the two theatres where it confronted the German Army during the First World War: German New Guinea and the Western Front. With a blend of narrative and theme the book charts the rise and fall of the Australian Naval and Military Expeditionary Force in the Pacific and the Australian Imperial Force on the Western Front.

Other titles in this series that will be published during the Centenary of the Great War include:
Volume 1: Australia and the War in the Air, Volume 2: The War with the Ottoman Empire; Volume 3: The War with Germany; still to be launched: Volume 4: The War at Home; and, Volume 5: The Australian Imperial Force.