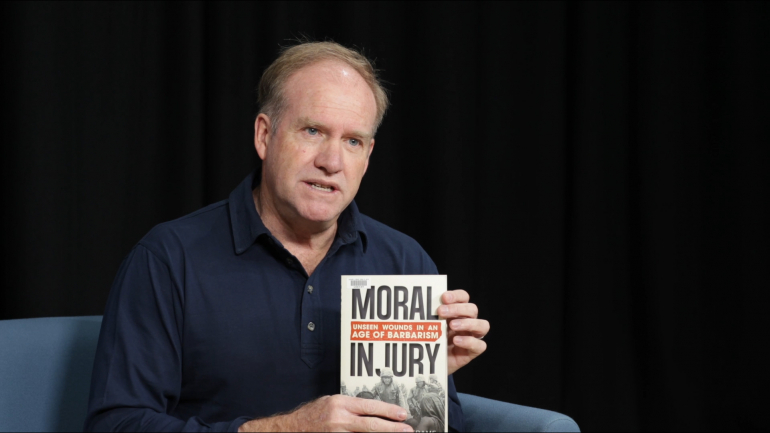 We’ve all heard of post-traumatic stress disorder (PTSD) – a mental condition that can develop after a person is exposed to a traumatic event. Often associated with the experiences of war, it can manifest as flashbacks, anxiety and intense feelings of distress.

A lesser known, but comparable experience that can impact returning service people is moral injury.

UNSW Canberra leads the Australian conversation and research effort on moral injury – an experience that can occur when an individual’s value system is disrupted by morally challenging experiences.

The University’s research into moral injury, as well as the UNSW Veterans Scholarship and our Premier Partnership with the Invictus Games, are a few examples of how UNSW Canberra aims to support service men and women as they transition from military to civilian life.

The Moral Injury Research Project Team is led by Professor Tom Frame, a former naval officer himself. He describes moral injury as “a new term to describe an old experience”.

“I think there are three things about moral injury that we can say with some confidence,” Professor Frame explains.

First, Professor Frame says the person may have been put in a position where they’ve had to act contrary to their values and have felt guilt or shame as a result.

Secondly, they may take the view that the organisation of which they were a part of has changed.

“There’s often the case that people feel alienated from those organisations that once gave them a sense of their identity and meaning as people,” Professor Frame says.

“The third thing is that people in fact may have done things, which were wrong things to do - perhaps wrong in any circumstance - and those things have reduced the inhibitions to doing them again in other places.”

However, there is still a lot about moral injury that needs to be explored.

“What we don’t know is the full range of consequences of moral injury other than part of the person which makes moral decisions has been disabled, debilitated, disrupted, disorientated perhaps, and that being so it makes it difficult for them to function in the world as they did before they were sent overseas,” Professor Frame says.

“What we don’t have is an understanding of how common it is and how severe it is, and whether it is equally common in peacekeeping, humanitarian aid and disaster relief missions.”

UNSW Canberra has educated Australia’s military leaders for 50 years and Professor Frame says the University has a continuing responsibility to its graduates.

“The work we’re doing here at UNSW Canberra is ultimately meant to help people who have been overseas on deployment, who have been morally injured, to help them find the words to better describe their own experience,” he says.

“The University doesn’t just do this because it’s an academic exercise, it’s doing it because there is a human need and we want to be responsive to it.”