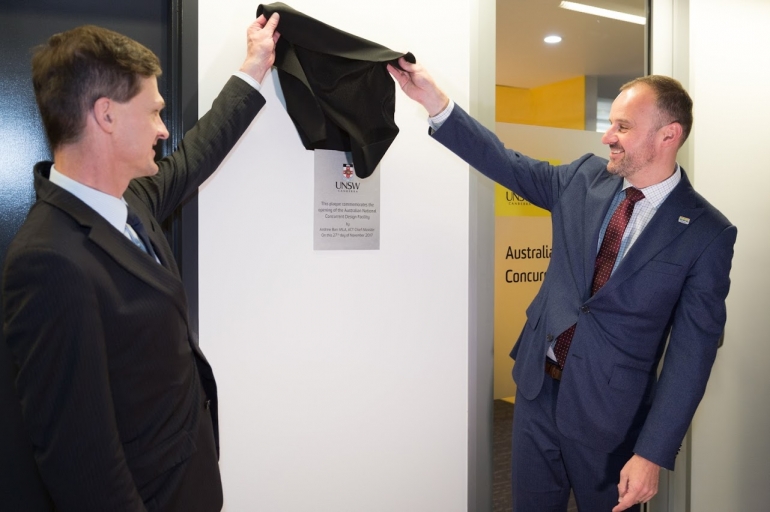 “For the first time, Australia has a facility that will enable spacecraft design engineers and scientists to rapidly design and determine the technical and economic viability of proposed space missions,” Professor Boyce said.

“Just yesterday, we announced the successful launch into orbit of our first cube satellite, ‘Buccaneer’ which was developed jointly with scientists from Defence Science Technology (DST). This is the first of many UNSW Canberra missions.

“The ANCDF at UNSW Canberra will be a national asset here in the ACT, that will support the new Australian Space Agency’s activities to grow and mature our domestic space industry.

“This is a world-class facility that will play an important role in the growth of jobs across the sector, including researchers, designers, engineers, technicians, software specialists, and beyond,” he said.

The ANCDF is jointly funded by UNSW Canberra and the ACT Government, and supported through a partnership with the French Space Agency CNES (Centre National d’Etudes Spatiales), who are providing software and training.

UNSW Canberra Space is the university’s flagship space program and the leading space capability in Australia. The team includes over 40 space engineers, scientists and PhD students, who combined, have decades of experience working on space programs for NASA and the European Space Agency (ESA).

UNSW Canberra also has a $10M contract with the Royal Australian Air Force (RAAF) to build three spacecraft and carry out two space missions over the next two years.