UNSW Canberra drones and robots to the rescue 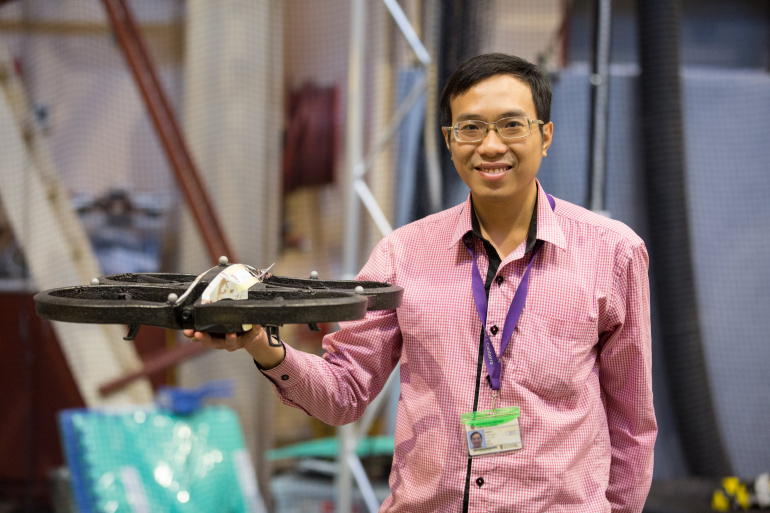 Some missions, such as search operations, have always included an element of risk. Now, UNSW Canberra researchers are working on artificial intelligence that could save lives by taking humans out of the equation.

It’s one of the aims of the UNSW Canberra Unmanned Aerial Vehicle Indoor Flight Centre. Here, drones and robots are trained and tested to work as a team and perform coordinated tasks.

Search and rescue robots are not new technology. They were first used in New York to search for victims of the September 11 attacks and have been used in a number of natural disaster recovery operations since.

However, swarms of autonomous robots that can learn from their environments will be able to face new challenges, according to UNSW Canberra Associate Professor Matt Garratt.

“We’re trying to develop new technologies where robots can learn how to adapt to the situations they’re in and how to cooperate as a swarm, where a human can control a whole swarm at once and not have to control the individual robots – that reduces workload and makes it easier for the human,” Dr Garratt said.

Robots are being designed to travel in a formation comprising unmanned ground vehicles and unmanned aerial vehicles that work together to find their way through a space. The UNSW Canberra team is currently working with the US Airforce, US Army and the Australian Defence Science and Technology Group on a number of projects that use groups of robots.

“If you wanted to search an area, it’s better to have multiple robots,” Dr Garratt said.

“That gives us redundancy, so if one robot falls off a cliff or runs out of batteries, the other robots can keep going on with the mission.

“Having an unmanned aerial vehicle flying above the unmanned ground vehicles means we can see any obstacles that are coming ahead, or any dangers and we can warn other robots from the UAV that something is happening or coming up soon.”

The robots communicate using Wi-Fi and are designed to allow ease of operation – a crash site investigation may include a team of more than 50 robots in the air and on the ground.

“We’re not trying to get the human to control the robots individually, but rather set goals for the team of robots,” Dr Garratt said.

“Then the robots decide how they’re going to allocate tasks between the individual robots and they can make decisions about where to go and which robot is going to go to each location.

The team has designed robots that can teach themselves to fly in the safety of the UAV Indoor Flight Centre.

“The robot might take off and then become unstable and crash into one of the nets, it might fly too high, so it learns not to overcorrect and fly gently and smoothly.”