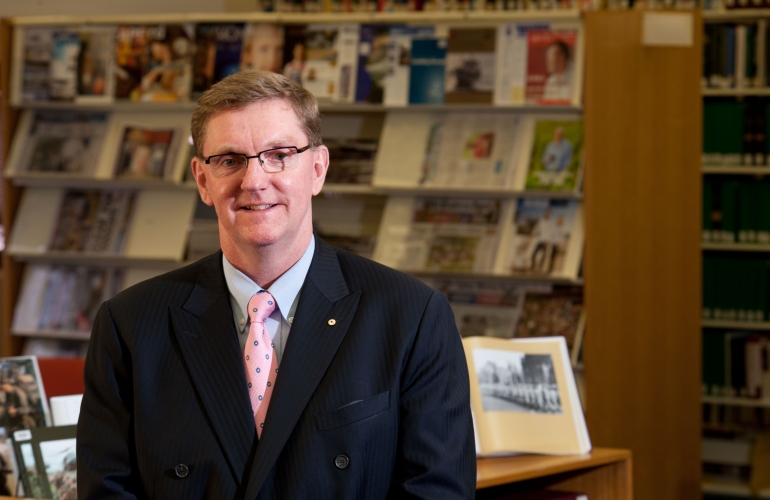 The University of New South Wales Canberra (UNSW Canberra) will be awarding an honorary doctorate to the late Major General Michael Clifford AM CSC at today’s degree conferral ceremony.

The University Council, noting the Major General’s eminent service to the community, resolved that it would be fitting if the degree of Doctor of the University honoris causa - the university’s highest honour - were to

be conferred on Major General Clifford.

At the time of his death, Major General Clifford was the senior advisor to the UNSW Canberra Rector Professor Michael Frater.

“He was an energetic advocate, not only for the roles of education and research in Defence, but UNSW Canberra’s central role in them,” says Professor Frater. “The great growth in UNSW Canberra’s Space and Cyber Security activities and national leadership in these areas is due in no small part to his mentoring, leadership and advocacy.”

Major General Clifford served more than 30 years in the military and held senior appointments during his career, including Chief of Staff to the Chief of the Defence Force during Australia’s operations in East Timor in 1999, the Sydney Olympics in 2000 and Director-General Preparedness and Plans-Army in 2003-2004.

Over his career, the Major General was a key leader in the development of education and training in Defence. His final appointment in Defence was as Head of Information Capability Management within the Chief Information Officer Group, with responsibility for the conduct of both current military operations and preparing for future operations. On leaving the Army, he moved on to senior leadership roles in the defence industry, with General Dynamics, and IBM. He was the foundation chair of the UNSW Canberra Advisory Council, and later moved to the role of senior advisor at UNSW Canberra.

Major General Michael Clifford AM CSC passed away on 2 November 2017.