OPINION After Aleppo, vows that ‘this can never happen again’ must actually mean something 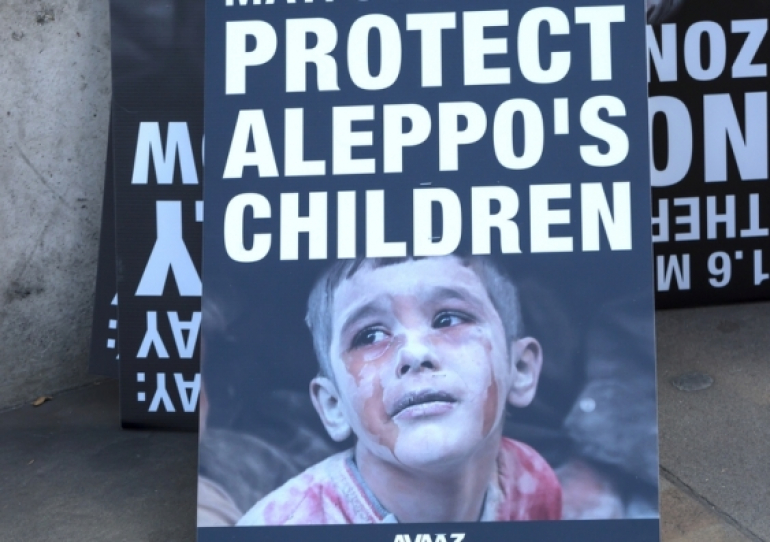 Enough of the hand-wringing – the world needs a “coalition of the obligated” to take action to stop mass atrocities, writes Toni Erskine.

OPINION: When it comes to mass atrocities – genocide, ethnic cleansing, war crimes and crimes against humanity – we often express disbelief and outrage after we have spectacularly failed to prevent them.

Last week we were inundated with accounts of the deepening humanitarian crisis in Aleppo and belated cries that “something must be done”. Yet we have known of the threat to civilians in eastern Aleppo for months. Crucially, members of the international community could have done something despite a situation that frequently seemed intractable. How do we ensure that our all-too-common refrain of “never again” has some meaning?

The political situation in Syria is, of course, unique and complex. Reports of what has been happening in eastern Aleppo are often conflicting. Were neighbourhoods “brutally assaulted” and recaptured, or “liberated” by Syrian state forces, Iranian-backed militias and Russian airstrikes?

Have the victorious militias engaged in summary executions, or have they been assisting safe evacuations? Are some accounts naively overlooking or even “wilfully ignoring” war crimes and nefarious affiliations of the rebel fighters?

What has been clear for some time is that throughout the siege and bombardment of eastern Aleppo, civilians were killed in large numbers. As 2016 has drawn to a close, we have seen once again how mass atrocity announces its approach to those who are listening, lingers in the doorway for a while contemplating an entrance, and then bursts in when it is clear that its advance won’t be impeded.

At the emergency meeting of the UN Security Council on December 13, US Ambassador Samantha Power blamed Syria, Russia and Iran for atrocities committed against civilians in Aleppo.

To the Assad regime, Russia and Iran, your forces and proxies are carrying out these crimes …Three member states of the UN contributing to a noose around civilians. It should shame you.

“Who is to blame?” angrily retorted Russia’s ambassador, Vitaly Churkin. “I think that God will ultimately tell us.” Perhaps – but not all judgements need be deferred to quite that extent.

Apportioning blame can serve a number of purposes. One is to try to identify what went wrong, to ensure it is not repeated.

For that purpose, our net must be cast more widely. There is more than enough blame to go around. In addition to condemning Syria, Russia, Iran and the rebel forces in eastern Aleppo (that were their ostensible targets) for the siege and slaughter of civilians, we might consider what other members of the international community, including Australia, did not do.

All United Nations member states endorsed the “responsibility to protect” at the 2005 World Summit. It was made explicit that this responsibility, borne by the international community, must be discharged exclusively through the UN. In other words, members of the international community have acknowledged a duty to act in cases of mass atrocity and have even designated the UN as an “agent of protection” when states manifestly fail to protect their own populations.

Yet this designated agent is plagued by both internal and external constraints, including inadequacies in the decision-making structure of the Security Council (specifically, the veto provision). The UN is also hampered by relying on resources from its member states, which are often not forthcoming.

People’s lives [have been] destroyed and Syria itself destroyed. And it is under our collective watch.

The UN Security Council members have failed to act in exactly the way O'Brien warned would render the crisis “this council’s legacy”.

But if there is a responsibility to protect vulnerable populations from mass atrocity, surely this doesn’t simply disappear when the agent designated to discharge it can’t act. Which alternative body, or bodies, should take over this responsibility?

I want to propose so-called “coalitions of the willing”, or temporary, purpose-driven collections of states (and sometimes non-state and intergovernmental actors) as one, likely provocative, answer to this question – but I do so with caution. “Coalitions of the willing” are often associated with states that engage in military action without UN Security Council authorisation or any moral imperative to act. One need only think of the infamous “coalition of the willing” that invaded Iraq in 2003.

I want to propose “coalitions of the willing” in a different context.

Sometimes members of the international community have what we understand to be a moral responsibility to respond to a crisis, but are unable to act independently. They may also lack an overarching organisation willing or able to act on their behalf. As actors can achieve things by working together (even in informal associations) that they can’t achieve alone, we might argue that, in the absence of a viable alternative, individual states (and possibly other actors) have an obligation to establish an informal, temporary association in order to respond effectively and robustly to a crisis in time to mitigate disaster. And we might rename this group a “coalition of the obligated”.

If we are calling on a “coalition of the obligated” to engage in military intervention for human protection purposes without Security Council authorisation, this is a controversial proposal. But it is also perhaps a necessary one if the context is Rwanda in 1994, Srebrenica in 1995, or Aleppo today. Having said that, a couple of caveats are essential.

First, a “coalition of the obligated” need not be formed solely for the purpose of military intervention. It might instead take on the task of negotiating effective action to reduce the risk of mass atrocity, to ensure the delivery of food and medical supplies to civilians, to arrange safe passage out of a war zone, to broker peace, or to collectively provide asylum to those fleeing persecution.

Second, our obligations are not exhausted when such an ad hoc group is formed to respond to a crisis. Ongoing responsibilities include creating an environment in which future crises are prevented, and establishing or reforming formal organisations, like the UN, with the will, procedures and resources in place to act. If this is done, informal, imperfect and more controversial alternatives are not required.

This article was originally published on The Conversation. Read the original article.