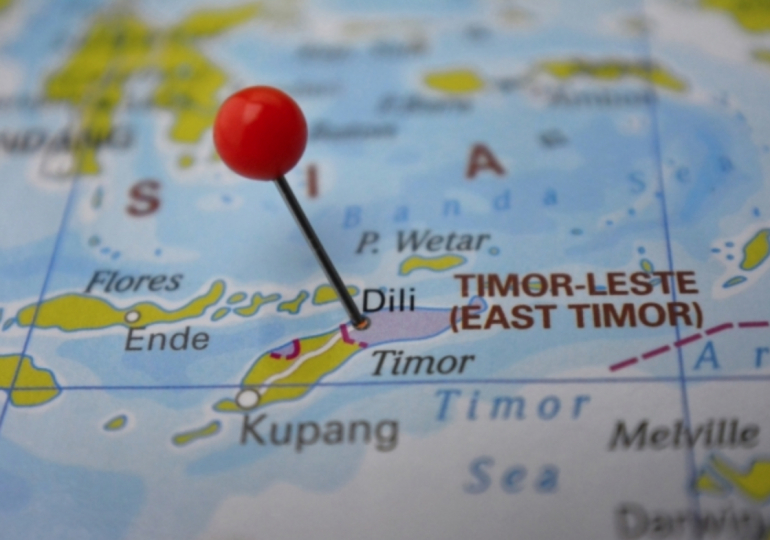 As lawyer Bernard Collaery and his client face criminal charges regarding the Australian Secret Intelligence Service, there are many more questions to be answered in this case.

The Intelligence Services Act 2001 prevents the identification of his client, who is referred to publicly only as Witness K. Collaery is a former Attorney-General of the ACT. Witness K is reported to be the former head of technical operations for ASIS.

The charges are based on Article 39 of the Intelligence Services Act, which criminalises the unauthorised disclosure of certain information about ASIS. The maximum prison term for this alleged offence is two years. The first directions hearing will occur on July 25 in the ACT Magistrates Court, where Collaery has had a long and distinguished career as an advocate. He is now a defendant in his own court.

The relevant background is that three months before East Timor became an independent state in 2002, Australia’s foreign minister Alexander Downer withdrew Australia from the maritime boundary jurisdiction of the International Court of Justice and the International Tribunal on the Law of the Sea. East Timor couldn’t claim its right under international law to a maritime boundary halfway between the two countries’ coastlines. It was forced to negotiate bilaterally with Australia.

East Timor signed a treaty that denied them their right to a maritime border on the median line. The Secretary of the Department of Foreign Affairs and Trade, Dr Ashton Calvert, then retired and joined the board of directors of Woodside Petroleum. Downer took a lucrative consultancy with Woodside after leaving parliament in 2008. It has been reported that Woodside’s chairman, Charles Goode, “sat on the boards of top Liberal Party fundraising vehicles that generated millions of dollars in political donations.”

The espionage operation occurred at the same time as the Australian Embassy in Jakarta was bombed by the Jemaah Islamiyah terrorist group, when Downer and Prime Minister John Howard were assuring the public that they were taking every measure against extremist Muslim terrorism in Indonesia.

Amid rumoured disquiet inside ASIS at the diversion of scarce intelligence assets away from the war on terror and towards East Timor, and now aware of Downer’s consultancy work for Woodside, Witness K complained to the Inspector-General of Intelligence and Security (IGIS) about the East Timor operation. ASIS terminated his employment.

K obtained permission from IGIS to speak to his ASIS-approved lawyer, Bernard Collaery. After two and a half years of research, Collaery determined that the espionage operation in East Timor was unlawful, and may have also been a conspiracy to defraud the government of East Timor under s. 334 of the Criminal Code.

In 2013, Collaery took steps to have Witness K give evidence about the operation in a confidential overseas hearing. ASIO raided the two men’s homes, seizing documents and data, and cancelling K’s passport. In the Senate, the Attorney-General George Brandis hinted at criminal prosecutions of the officer and Bernard Collaery too, for “participation, whether as principal or accessory, in offences against the Commonwealth.”

No criminal charges were filed against either man for the next four and a half years. But in May 2018, just two months after Australia concluded a new treaty with East Timor, the Commonwealth Director of Public Prosecutions filed charges against them. Among the charges are conversations Collaery is said to have had with a number of ABC journalists and producers: Emma Alberici, Peter Lloyd, Connor Duffy, Marian Wilkinson, and Peter Cronau.

But, as Senator Nick McKim observed in parliament, it is “abundantly curious that other media organisations and their journalists are not named.” This is indeed curious, since it was The Australian’s Leo Shanahan who reported the bugging of the East Timorese offices, quoting Collaery directly. But Shanahan was not named on the charge sheet. Senator McKim wondered whether “the prosecution [is] trying to protect certain media organisations that might be sympathetic to the government”.

Sarah McNaughton is a former counsel to the Trade Union Royal Commission, ordered by the Abbott Government. The decision to prosecute Collaery and K is made independently, but a prosecution cannot go ahead unless the Attorney-General, Christian Porter, consents. Porter confirmed that he did.

The Prosecution Policy of the Commonwealth speaks of “openness” and “accountability.” Those who make the decisions to prosecute can be called publicly to explain and justify their policies and actions. But so far there have been no public statements by the CDPP. Indeed, there are indications that Commonwealth will apply to have the entire proceedings heard in camera.

As a case with international connections, it helps to reflect on the international legal standards for a fair trial. The landmark 1981 British Royal Commission on Criminal Procedure explained what a satisfactory prosecution system looked like. Among other things, it asked:

Is it open and accountable in that those who make the decisions to prosecute or not can be called publicly to explain and justify their policies and actions as far as that is consistent with protecting the interests of suspects and accused?

It remains to be seen whether the media approaches the CDPP to shed light on this matter, and whether the Collaery and K trials are held in secret.

One crucial question here is whether ASIS has been used in other operations to benefit well-connected corporate entities, to the detriment of Australia’s real national security needs.

Perhaps Witness K might reveal this in court - which might be in the public interest but most unwelcome to the government, which is anxious to send a message to other unhappy ASIS officers not to speak out of turn. Perhaps a Royal Commission into the use and misuse of ASIS rather than a criminal trial will be needed to resolve this question.

This article was originally published on The Conversation. Read the original article.