Events of 2020 set the scene for refreshed masters course 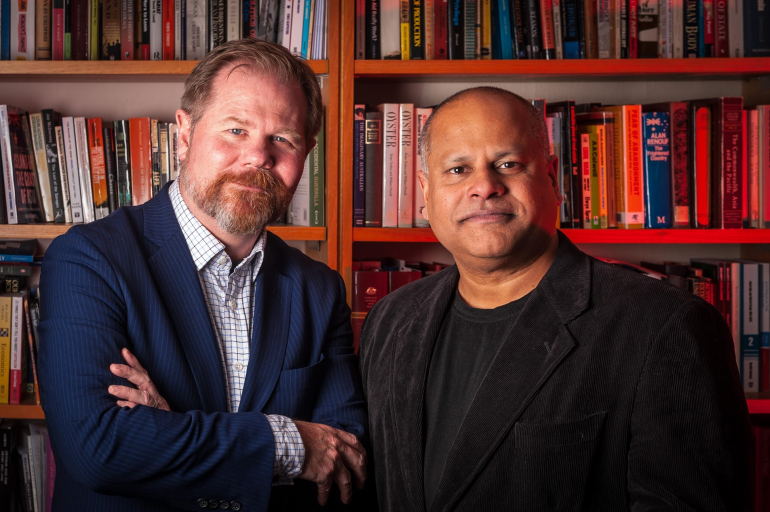 UNSW Canberra students can now examine Trump’s legacy, the implications of COVID-19 and the emergence of space as a warfighting domain in an updated 2021 course delivered by two leading voices in military strategy and foreign policy.

Professors Clinton Fernandes and David Kilcullen have reimagined the Contemporary Strategy course to include the world-changing events of 2020.

“We have updated the course in 2021 in three ways,” Professor Fernandes said.

“It will reflect on Trump’s legacy in terms of its effect on US strategy and international credibility, and what that means for Australia.

“We will discuss the strategic and geopolitical implications of COVID-19 in terms of Australia-China relations, the trade and commodity war with Beijing, and the shift of perceptions toward China through 2020.

“We will also examine the emergence of space as a key warfighting domain with China now fielding a rival capability to GPS, the newly created US Space Force, the Chinese military space shuttle and the reignited space race.”

Professor Fernandes said the pandemic has led to greater calls to protect and increase the resilience of supply chains for critical supplies.

“What the virus does is only one side of the problem,” he said.

“The other is the policy response. The result could be a world caught in escalating trade wars and growing ethno-nationalism. But it could also be a world of greater international cooperation in global public health, the elimination of tax havens and stronger environmental agreements.”

The world is also experiencing a geopolitical reset that divides the world into US and Chinese technological zones, according to Professor Fernandes.

“Tensions between the US and China are creating a new digital iron curtain that runs through Australia, which has banned Chinese telco giant Huawei from supplying equipment to Australia's 5G network,” he said.

The course is available to students completing a masters program at the School of Humanities and Social Sciences.

Professor Kilcullen said that the events of 2020 highlight the need for Australian and other strategists to rethink some of their key assumptions.

"The need for a capable, independent, self-reliant Australia able to take the lead on key geopolitical issues, rally others in a common cause and stand up to bullying has never been greater," he said.

"The pandemic – and its economic and security implications – accelerated existing trends toward a new Cold War between China and the United States, exposed the weakness of institutions many people had previously taken for granted, and showed the need to think more broadly and creatively about strategic choices.

“The newly-imagined Contemporary Strategy course is designed to help students do that."

Both professors are former Australian Army Officers and leaders in their fields.

Professor Kilcullen, a military strategist and counterinsurgency expert, has served in every theatre of the ‘War on Terror’ since 9/11. His appointments have included Special Advisor for Counter-Insurgency to Secretary of State Condoleezza Rice and Chief Counter-Terrorism Strategist for the US State Department.

Professor Fernandes has a domestic track record in foreign policy, intelligence and the politics of technology. He has written extensively on foreign policy spanning Australia’s relations with its Southeast Asian neighbours and the United States’ objectives in Australia.

More information on the course is available here.