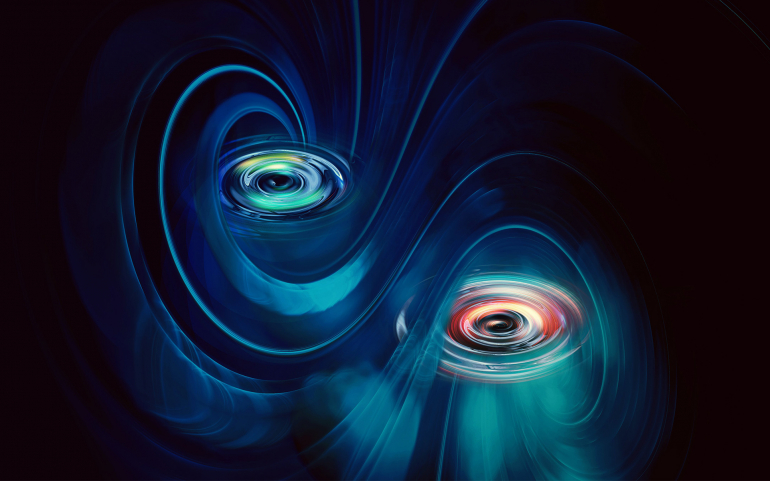 In quantum mechanics, the Heisenberg uncertainty principle dictates that the position and speed of an object cannot both be known with unlimited precision at the same time.

In a study published this week in Science, researchers show that two vibrating drumheads, about the width of a human hair, can be coerced into a quantum state, which evades the uncertainty principle for the first time.

UNSW Canberra’s Dr Matt Woolley proposed the experiment and developed a theoretical model for it, and the proposal was realised experimentally by a team led by Professor Mika Sillanpää at Aalto University in Finland.

“In addition to providing a novel technique for evading limitations imposed by the uncertainty principle, this experiment provides the most direct demonstration of long-lived quantum entanglement between macroscopic objects,” Dr Woolley said.

The uncertainty principle, first introduced by Werner Heisenberg in the late 1920s, is a fundamental concept of quantum mechanics.

In the quantum world, particles like the electrons that power all electrical products can also behave like waves. As a result, particles cannot have a well-defined position and momentum simultaneously. For instance, measuring the momentum of a particle leads to a disturbance of position, and therefore the position cannot be precisely defined.

The research, published by Science, shows that there is a way to get around the uncertainty principle.

Instead of elementary particles, the team carried out the experiments using much larger objects: two vibrating drumheads about the width of a human hair. The drumheads were carefully coerced into behaving quantum mechanically.

“The drums vibrate in an opposite phase to each other, such that when one of them is in an end position of the vibration cycle, the other is in the opposite position at the same time. In this situation, the quantum uncertainty of the drums' motion is cancelled if the two drums are treated as one quantum-mechanical entity."

This means that the researchers were able to simultaneously measure the position and the momentum of the two drumheads – which should not be possible according to the Heisenberg uncertainty principle. Breaking the rule allows them to be able to characterise extremely weak forces driving the drumheads.

“One of the drums responds to all the forces of the other drum in the opposing way, kind of with a negative mass,” Professor Sillanpää said.

The researchers also exploited this result to provide the most solid evidence to date that such large objects can exhibit what is known as quantum entanglement.

Entangled objects cannot be described independently of each other, even though they may have an arbitrarily large spatial separation.

Entanglement allows pairs of objects to behave in ways that contradict classical physics, and is the key resource behind emerging quantum technologies.

A quantum computer can, for example, carry out the types of calculations needed to invent new medicines much faster than any supercomputer ever could.

In macroscopic objects, quantum effects like entanglement are very fragile, and are destroyed easily by any disturbances from their surrounding environment. Therefore, the experiments were carried out at a very low temperature, only a hundredth a degree above absolute zero at -273 degrees.

Dr Woolley, who is also an Associate Investigator in the Australian Research Council Centre for Engineered Quantum Systems, explained that the experiment is the culmination of several years’ work.

In 2014, Dr Woolley, in collaboration with Professor Aashish Clerk (now at the University of Chicago), showed theoretically that entanglement of the motion of massive objects could be prepared and detected in a superconducting electrical circuit incorporating two vibrating drumheads as the massive objects.

Dr Woolley then collaborated with Professor Mika Sillanpää and his team at Aalto University on an initial experiment, published by Nature in 2018.

In the future, the research group will use these ideas in laboratory tests aiming at probing the interplay of quantum mechanics and gravity. The vibrating drumheads may also serve as interfaces for connecting nodes of large-scale, distributed quantum networks.

The article ‘Quantum mechanics–free subsystem with mechanical oscillators’ was published in Science today.