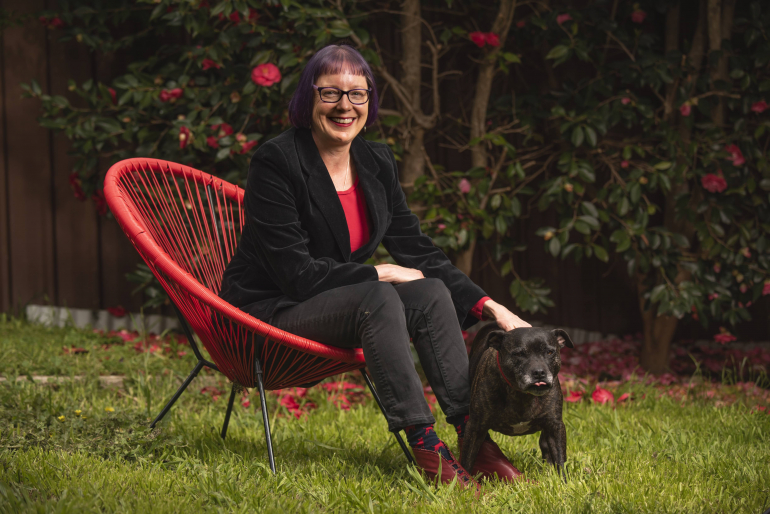 The prize is awarded by the International Research Society for Public Management and recognises excellent scholarship regarding women and public administration.

Dr Williamson co-authored an article dissecting how resistance to gender equality contributes to the gap between policies and outcomes for gender equality, working with colleagues Dr Linda Colley, Associate Professor at CQUniversity, and Dr Meraiah Foley, lecturer at University of Sydney.

Their research identified the actions and attitudes of middle managers as one of the key determinants of success for gender diversity measures in the public sector.

While managers were generally committed to gender equality and held an understanding of their workplaces’ related policies, there was typically a lack of understanding of how organisations are gendered, leading to gender inequalities being replicated and reinforced in the workplace, the research found.

Dr Williamson clarified that “while their intentions can be really good, and middle managers can be committed to progressing gender equality, they often just don’t know how. They find it hard to own these problems”.

As a result, resistance to or inexperience with the implementation of these policies and frameworks typically lead to persistent gender inequality. This manifests as targets remaining unmet, occupational segregation, and lack of parity at senior leadership levels.

However, some optimism prevails: Dr Williamson noted that during the data collection phase of this award-winning research, they did find lots of good examples of managers being quite creative with best practise initiatives to achieve more gender equality in their public sector workplaces.

Further, Dr Williamson and A/Prof Colley have previously written about how the similarly enduring resistance to working from home has been dismantled in the public sector.

The authors emphasise the importance of public sector external reporting on gender equality metrics – this all-important transparency measure is key to ensuring that the sector is held accountable to workplace employment targets. The Australian government has announced that the public sector will be required to report to the Workplace Gender Equality Agency on progress on gender equality. Dr Williamson and A/Prof Colley reported on this important initiative last week.

Dr Williamson has also recently written on the subject of compulsory empathy training, noting that it is typically ineffective, and sometimes detrimental, to achieving the attitudes necessary to fostering diversity in the workplace. Instead, voluntary training, which is accompanied by accountability measures for participants to self-report on their progress is more likely to create the attitudes and behaviours needed to foster an inclusive, respectful, and diverse workplace.

The award is named for Professor Rosemary O’Leary, a widely renowned public management scholar who has published across a wide range of topics, including environmental management, leadership and collaboration, and public consultation.

The 2020 prize was awarded to Dr Ayesha Masood, assistant professor at the Lahore University of Management Sciences, who published a journal article examining the influence of marriage on women’s participation in medicine in Pakistan.