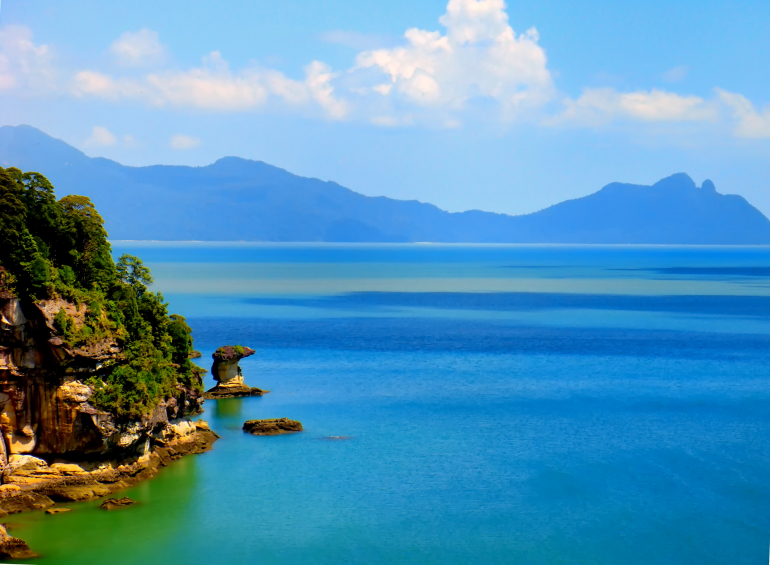 In many ways, the American label of “a great wall of sand” that was applied to the artificial islands in the South China Sea (SCS) encapsulates a key element of Chinese thinking. The same desire to protect China from external threats that produced the Great Wall has been extended into the South China Sea. It is significant that a Chinese senior officer once expressed surprise at the American label of “anti-access, area denial” regarding Chinese maritime strategy and remarked that the Chinese called what they were doing “coastal defence.”

By creating facilities such as artificial islands in the South China Sea, the Chinese have effectively pushed out their defensive perimeter to edge of the first island chain and beyond, at least to the south and south east. The artificial islands can act as surveillance platforms, as nodes for area surveillance systems (particularly underwater arrays), and as forward operating bases for reconnaissance and strike aircraft and naval surface combatants. The islands can also house offensive and defensive missile systems. China’s facilities have probably already reached a level of capability that no outside combatant which enters the South China Sea, however covertly, can be completely confident it is not being tracked.

China, however, must now balance its continental concerns, which remain complex, against its new dependence on the maritime domain. It will always have an eye on the need to protect itself against attack from the sea, but there is much more to China’s vulnerability than potential invasion or bombardment. Most of China’s global trade is seaborne. Furthermore, China is critically dependent on the seaborne import of raw materials, notably energy, from Middle Eastern oil to liquefied natural gas. China’s global engagement also requires regard for the safety of its nationals in unstable regions as well as protection of its investments. None of this is new to the major maritime powers of the last few hundred years, but it is new to China.

It’s no surprise that Chinese naval strategists have been looking hard at the work of the navalist Alfred Thayer Mahan. He is famed for analysing sea power’s contribution to Britain’s global dominance. However, he was interested in not only how an island nation such as Britain should succeed in this element, but why its greatest rival, France, did not. France, a continental as well as a maritime power, had to balance its efforts between land and sea in a way that Britain did not. Mahan’s motivation (as arguably one of the first geo-strategists) was to persuade the United States, hitherto a largely continental power with continental preoccupations, to turn to the sea at the end of the nineteenth century.

France’s example is important because China’s strategic planners must ride the two horses of continental defence and protection of its maritime interests. In the maritime domain, this is reflected in the parallel efforts to develop a force structure that is on one hand capable of preventing enemy forces from approaching China by sea, and on the other hand able to conduct classical sea control and power projection force across the wider region.

Artificial island building in the South China Sea is an example of China riding the two horses. It reflects both continentalist and maritime thinking. There are multiple motivations in military terms, such as the creation of deep water “bastions” for nuclear ballistic missile submarines, as well as the desire to make the sea a no-go zone for potential adversaries in a high-intensity conflict. But it is also true the facilities will make it easier for China to project its maritime power further afield and to protect its legitimate maritime interests.

If the resources continue to flow, expansion of distant water capabilities will continue. But, even if China’s economy falters, the People’s Liberation Army Navy (PLA-N) will still aim to spearhead China’s defensive ambitions, in conjunction with other arms of the PLA, such as the air force and the rocket force. Emergent technology, not only in anti-ship cruise and ballistic missiles, but in the form of unmanned surveillance and attack vehicles will be a key element of this effort, as will be long-range and space-based sensors. The South China Sea is tied up in all of this.

The danger is that continentalists who genuinely regard the new installations as being a “Great Wall at sea” are making the mistake of regarding the waters that lie between them and the mainland as Chinese territory. This mistake is being exacerbated by other factors, particularly the way in which the South China Sea has become so critical to China’s nationalist narrative and its ideas of reunifying a supposed ideal Chinese nation state on equally supposed ideal historical boundaries. There is, in other words, an emotional element as well as one of understanding.

But there is no doubt, to put it at its most basic, that many decision makers in Beijing look at the blue bits on the map in the same way that they do the green ones – they fail to recognise that there are differences between the two and just what those differences mean.

If the assumption that the South China Sea is China’s “blue land” is taken to its logical conclusion by attempting to eject other nations from commercial or military operations within the area encompassed by the “Nine Dashed Line,” the consequences for China’s relationship with the other states bounding the South China Sea will be disastrous, however strong China’s historic claims to its features may be. It will also have profound implications for the way that China is regarded in the wider region and globally.

The truth is, in military terms, this step is unnecessary. This is the key point: a rational Chinese military strategy that understands the differences between continental and maritime should be pursued, but is not necessarily being pursued. The military intent of achieving a much greater level of awareness across the sea by setting up the artificial islands as surveillance platforms and bases for surface and air assets is well on its way to achievement. In a high-intensity conflict, the “unsinkable aircraft carriers” may well become “immovable targets.” But their utility in a wide range of contingencies, as forward bases for long range operations and as very public statements of China’s growing power is undeniable. China should be very happy with what it has achieved and should now think hard about how it can appease the other littoral states.

This is not the only case in which China’s maritime thinkers face the challenge of developing within the national policy-making elite an understanding of just how different the sea is from the land, but it is probably the most important.

Professor James Goldrick AO, CSC is an Adjunct Professor in the School of Humanities and Social Sciences at UNSW Canberra.

This article was first published by Australian Outlook. Read the original article here.