Beyond Combat launched at UNSW Canberra 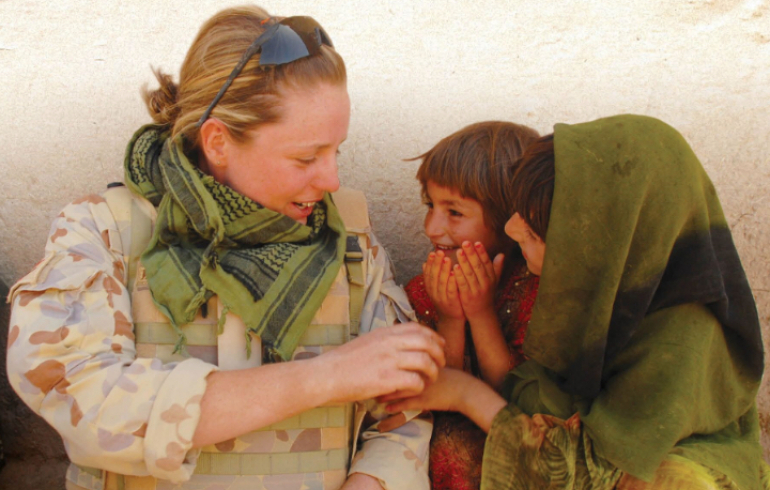 Beyond Combat: Australian military activity away from the battlefield was launched on Thursday evening at UNSW Canberra.

Edited by UNSW Canberra historians Dr Tristan Moss and Dr Tom Richardson, Beyond Combat is an in-depth examination of the works performed tirelessly by service men and women that are often unrecognised.

“Beyond Combat is about the tasks the Australian military and other militaries have outside of warfighting,” Dr Richardson said.

“A whole range of things from their role in the education system to their engagement with countries overseas to the cultural engagement families have while living overseas, to the kind of food Australian soldiers eat, everything that the military does that doesn’t involve combat.”

This collation of accounts from Australia’s military history provides a powerful perspective on service life that co-exists with frontline duties and offers a contrasting view of the role played by many away from the battle.

“The surprising thing was the range of things that the military does beyond combat,” Dr Moss said.

“It’s not just preparing for war, but these institutions and families are constantly evolving and changing and maintaining themselves, education being a really interesting one. In the chapter that I wrote in the book, for instance, the Australia Army was the third largest educational institution in PNG and I think that’s quite surprising – that’s not really what we think of when we think of militaries.”

Published by NewSouth Books, the text features noteworthy contributions from historians and military personnel in paying homage to those who have been an integral part of Australia’s military influence across several conflicts.

The book was formally launched by Catherine McGregor, AM, who spoke about her time spent beyond the frontline and her experiences outside of direct combat whilst serving.

“[Beyond Combat] is a work of extraordinary ambition,” Ms McGregor said.

“I think what you’ve done, Tom and Tristan, is of great service to the field…I think there’s too little of this type of work – there’s clearly a rich vein of experience of a non-warfighting variety.”

The book is the edited proceedings of a conference held at ADFA in 2017, the purpose of which was to embrace the history of all that militaries achieve away from the battlefield that is central to the lives of the individuals within these services – in the words of the two editors: “the assumption that militaries and the individuals within them do nothing but fight, or prepare to fight, denies the sheer breadth of activities undertaken by these institutions”.