From the battlefield to the lab: the story of the gun 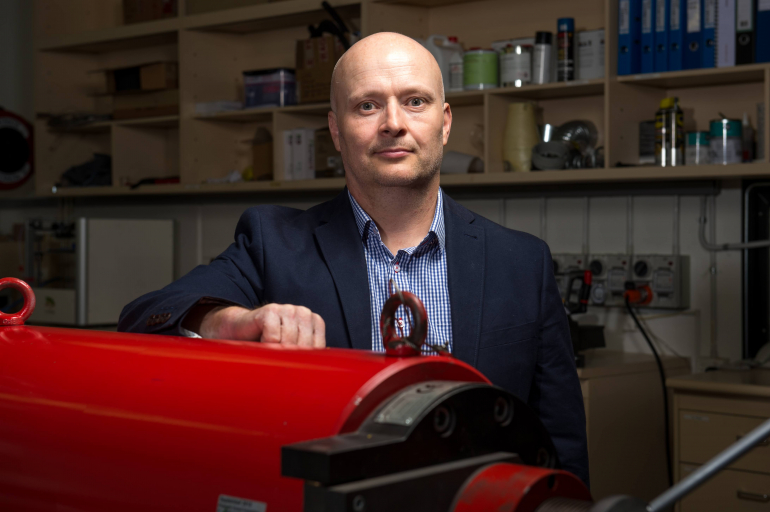 The images of AK47 assault rifles brandished by guards at the border between Hungary and Romania was UNSW Canberra Professor Paul Hazell’s first encounter with a gun.

Professor Hazell was a young university graduate part of an aid convoy organised by a Christian charity when he crossed the border to help relieve poverty in Romania.

“This was a few years following the collapse of dictator Nicolae Ceausescu, and Romania was in chaos as citizens suffered in desperately poor conditions,” Professor Hazell said.

“The border guards were poorly paid, and I remember feeling a little threatened as the guards brandished AK47 assault rifles in an attempt to garner a small gift from the convoy.

Some would call this a bribe from those who cross the border.

“Of course, we obliged seeing the assault rifles casually slung around their shoulders.

“As a young graduate, the experience was particularly chilling as I came from a country where guns were never or only rarely seen in public.”

Professor Hazell has spent his professional working life exploring the science of impact as well as guns and their technologies and this work has now led to his third book: The Story of the Gun: History, Science, and Impact on Society.

Professor Hazell said the book was written with the ‘popular science’ audience in mind  and reviews the science behind gun technologies seen throughout the ages up to the present day.

“Not only is the science behind gun technology examined, but we take a look at the science of fast guns and large guns too.

The book also looks at the subject of gun ownership and gun control.

“The book also touches upon controversial issues surrounding mass shootings as well as gun-assisted suicide and gun ownership in the home and asks how ownership may impact deaths in society.”

Professor Hazell shares insights gained from an impressive 20-year career, including his time at UNSW Canberra.

The Story of the Gun: History, Science, and Impact on Society is available for purchase online through Springer, Amazon and Angus & Robertson.