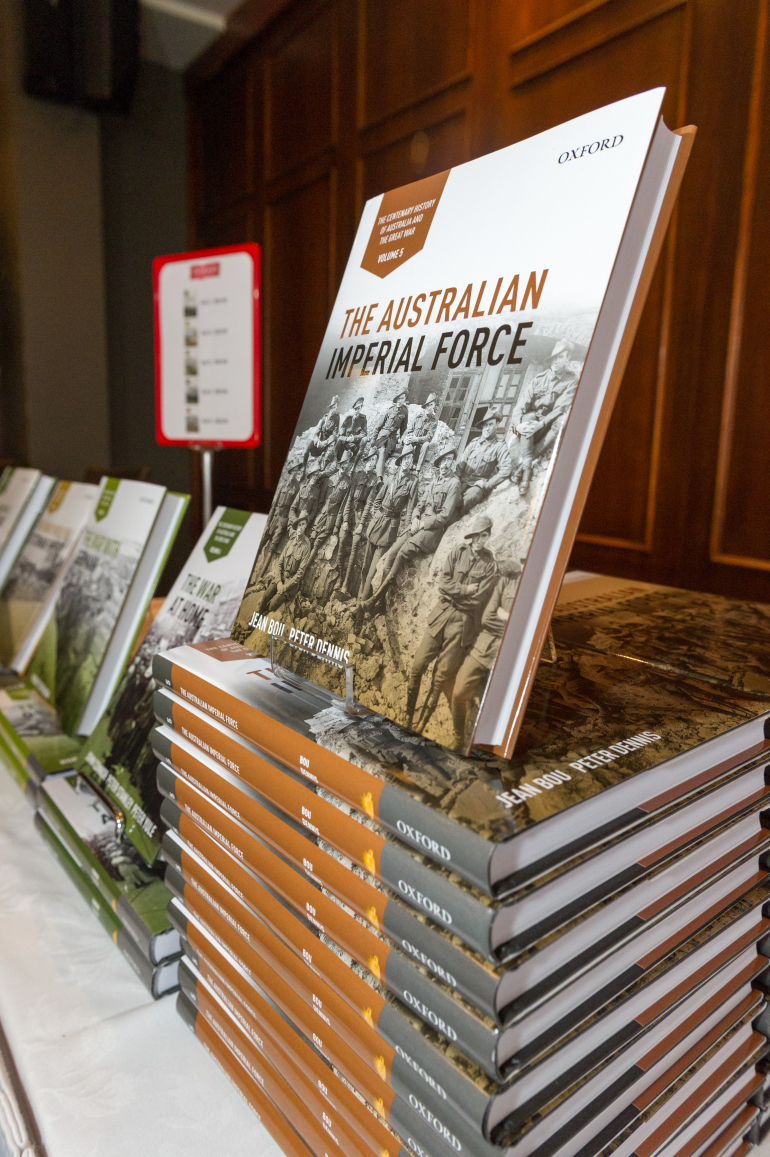 "What the authors Jean Bou and Peter Dennis have produced in conjunction with the other volumes is a historic picture of the AIF as the dynamic, bustling and complex organisation it was. The volume also provides the first accessible explanation of what the AIF was and how it evolved." - Lieutenant General Angus Campbell DSC, AM. The Great War came at a terrible cost, be it in human, material or financial terms. For the young Commonwealth of Australia the raising, sending and maintenance of an expeditionary force that eventually totalled 330,000 men was a massive undertaking. This book examines the fruit of this endeavour, the Australian Imperial Force. In doing so it seeks to outline and analyse the institution from its inception to its disbandment after the war. The book considers the creation of the force, the way that it expanded, the organisation of its fighting units and formations, how it used its human resources, its command and its administration.

The book brings together for the first time a range of information regarding the AIF’s organisation and internal workings that could previously only be found by surveying a large number of disparate works. It also draws on up-to-date statistical information drawn from the AIF Database, a database created as part of a long-term research project undertaken at the University of New South Wales Canberra (located at the Australian Defence Force Academy). Other titles in this series that are published during the Centenary of the Great War include:

Volume 1: Australia and the War in the Air, Volume 2: The War with the Ottoman Empire; Volume 3: The War with Germany; Volume 4: The War at Home; and 5: The Australian Imperial Force.