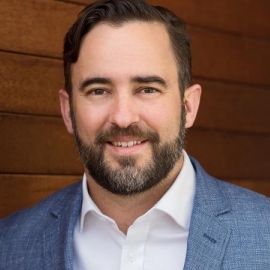 After more than twenty years in the Australian Army, David French made the difficult decision to leave the Australian Defence Force (ADF) and move into the civilian workforce.

“I spent twenty-one years in the Australian Army where I served as an Infantry Officer. The majority of my career was spent in Infantry Battalions based in Darwin,” he said.

After leaving the Army, David used his knowledge of Defence to move into consultancy roles.

“Following my decision to leave the Army in 2016 I have specialised in the Defence and Security domains in the management consultancy industry.”

Reflecting on his transition, David is grateful for the time he took to consider his future career options.

“I had planned my transition from the Army well before I submitted the paperwork to ensure I was as prepared as possible.”

“I knew what I wanted to do and the employment market in Canberra had plenty of opportunities. I was able to make use of my network of contacts to find out what was happening in the areas I wanted to work.”

For David, using the skills he learnt during his time in the Defence Force was critical to a smooth transition. His advice to anyone considering taking the leap is to “plan, understand, and research”.

“Plan your transition as you would any other military activity; do a time and space analysis – depending on the area you want to work there will be good and bad times of the year to be looking for a new role.”

He also explains that it is important to know what industry and companies you’d like to be involved with.

“Research the type of companies you want to work for. What is their vision? What are their values? What is their culture? I think a lot of veterans struggle in the civilian workspace because they join a company that does not align with their personal purpose. Take the time to understand a company before you send in an application.”

Reflecting on his time at UNSW Canberra, David believes he still applies the skills learnt at university in his role as General Manager for BCT Solutions.

“The concepts and critical thinking I learned about and developed during my UNSW Canberra studies are ones I use each day in my current role as a General Manager and a Consultant,” he said.

“There is no such thing as an education that isn’t useful.”